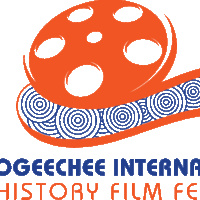 Will run virtually from February 26th - March 5th, 2021 and features domestic and international films submitted to the OIHFF from students and professionals:

We Came a Long Way by Faith (USA)

This film focuses on religion in South Carolina, early Catholicism, slavery, the history of St. James the Greater Catholic Church, and its importance to its community.

The Ballad of John Henry (USA)

This film analyzes how an ex-slave became one of America’s greatest folk heroes, and what that tale says about justice and humanity in a very unjust time in American history.

At over 115 years old, this family-run Japanese confectionary is one of the oldest businesses in Los Angeles and its history is emblematic of the immigrant experience in America.

Do Nothing and Do It Well (Australia)

A feature film about the suffering of Serbian and Russian soldiers and interned civilians in Austro-Hungarian camps on the territory of today's Czech Republic, Jindrihovice and Broumov. The camps had about 500 facilities where there were about 60,000 prisoners of war.

The unprecedented death toll of the First World War generated a burden of grief. Particularly disturbing was the vast number of dead who were “missing” – their bodies never found. This short documentary explores two unsung humanitarian responses to the crisis of the missing of World War 1 – the Australian Red Cross Wounded and Missing Enquiry Bureau and the post-war work of the Australian Graves Detachment and Graves Services. It tells of a remarkable group of men and women, ordinary people in extraordinary circumstances, who laboured to provide comfort and connection to grieving families in distant Australia.

The Most Dangerous Man in Europe: Otto Skorzeny’s After War (Spain)

The documented account of the life and deeds after World War II of one of the most charismatic and enigmatic characters of the war: SS Lieutenant colonel Otto Skorzeny, Hitler's favorite commando.

This film investigates the chilling massacre of German and Czech civilians on June 18, 1945 in Moravia. Why did it happen and who covered it up?