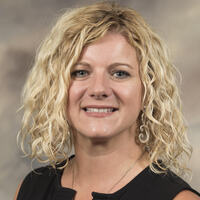 Please join us March 27th at 12:15 p.m. for the 2019-2020 Robert I. Strozier Faculty Lecture: "Southern Evolution: Science, Religion, and Culture in the Deep South" by Dr. Amanda Glaze from the Middle Grades & Secondary Education department.

The United States faces an unusual problem in science education where the unifying theory in the sciences, evolution, is shrouded in controversy among the public and in the classroom. As a result, the teaching and learning of evolution has been described as “the greatest failure of science education in the 21st century”. The phenomenon is highly visible in the South, where culture, beliefs, and science intersect in politics, classrooms, and at the dinner table. Research in evolution education in the region provides a vibrant lens through which to view how we approach controversial topics in the classroom and in our communities. Dr. Glaze addresses evolution education in the South and across the country, explores our understandings of the public controversy, and discusses ways of communicating science in and out of the classroom to support science literacy for all.

Faculty, staff, students, and community members welcome. Strozier Faculty Lectures are held in the Ogeechee Theater on the Armstrong Campus. The Robert I. Strozier series honors Professor Emeritus of English Robert Strozier who served the Armstrong community for more than four decades.