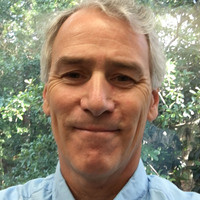 Please join us October 18th at 12:15 p.m. for the 2019-2020 Robert I. Strozier Faculty Lecture: "Quantifying Gerrymandering" by Dr. James Brawner from the Mathematical Sciences department.

For over 200 years, state legislatures in this country have drawn oddly shaped voting districts, often with the intention of increasing the voting power of the party controlling the legislature. For just as long, critics have cried foul, denouncing such attempts as “gerrymandering.”  More recently, technology has enabled legislatures to “gerrymander on steroids” and draw district maps that greatly favor one party over the other, even when there is a fairly even split among voters in the state.  Dr. Brawner discusses recent mathematical attempts to quantify gerrymandering, featured in recent arguments before the U.S. Supreme Court, and implications for the future.

Strozier Faculty Lectures are held in the Ogeechee Theater on the Armstrong Campus. The Robert I. Strozier series honors Professor Emeritus of English Robert Strozier who served the Armstrong community for more than four decades.

College of Science and Mathematics