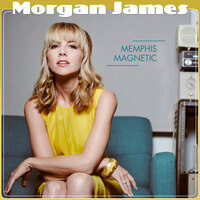 On Saturday February 15th from 3-5 pm we will welcome singer and recording artist Morgan James to campus for a master class.

Morgan is an amazing young artist, Juilliard trained classically she has expanded her skillset and molded her career in diverse and interesting ways and is mastering the art of creating the career you want in music.  She has multiple albums, tours, products, etc.  She also has YouTube videos that have been viewed over 100 MILLION times!!!  Her latest album hits the shelves on February 7th.

After graduating from The Juilliard School with a classical music degree, and performing in the original companies of four Broadway productions, James began writing and recording her own music. Meeting her mentor Berry Gordy, Jr. led to a record deal at Epic Records, where she recorded and released her solo album Hunter in 2014. In addition to her studio albums, James recorded and released a full album cover of Joni Mitchell’s seminal Blue as well as The Beatles’ White Album in 2018 to celebrate the 50th anniversary. Through her unique and varied career, there have been many ups and downs, but James cites her failures as more important than her successes in shaping the artist she is today.

After her tenure with Epic Records, she took charge of her career from the business side as well. She cultivated a new world of fans with her viral YouTube videos, and while connecting with them on social media and at her live shows, she found the support and strength to go out on her own as an independent artist. Over the last several years, James has built her own empire and established herself as a touring powerhouse, allowing her to raise the funds to create her albums and make every decision from the ground up.

She is a Silver Medalist in the American Traditions Competition and is returning this year to be a judge in the competition.

visit morgnajamesonline.com to find out more about her.