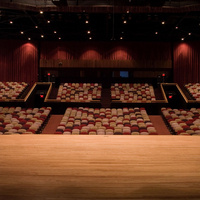 This concert is being presented by The Center for Irish Research and Teaching. Emmy®-nominated entertainer Michael Londra brings his Celtic Yuletide Show to celebrate the bonds between Savannah and his homeland. Celtic Yuletide is a heartwarming live show that will have the audience singing, clapping, and tapping its feet. The live show is a wonderful blend of the old and the new. Holiday classics, traditional Irish carols, lively dance music and heart-wrenching slow airs sweep the listener away to Ireland at Christmastime.

Known as the Wexford tenor, Michael Londra’s big breaks came as lead singer in Riverdance on Broadway and when his rendition of Danny Boy became a YouTube sensation with more than 8 million views. Since then he has performed in more than 40 countries around the world and Luciano Pavarotti and André Bocelli. His PBS shows include BEYOND CELTIC earning him two Emmy® nominations and a new travel and music show, IRELAND WITH MICHAEL.

You're not going yet!

Buy Tickets
This event content is powered by the Localist Community Event Platform.