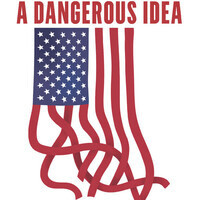 Screening of 2019 winner “A Dangerous Idea: Genetics, Eugenics, and the American Dream.”

There is a dangerous idea that has threatened the American Dream from the very beginning. It is a strong current of biological determinism which views some groups, races and individuals as inherently superior to others and more deserving of fundamental rights. This idea was used to justify disenfranchising women, blacks and Native Americans from the earliest days of the Republic.

This film reveals how this dangerous idea gained new traction in the 20th century with an increasing belief in the concept of an all-powerful “gene” that predetermines who is worthy and who is not. A DANGEROUS IDEA documents how this new genetic determinism provided an abhorrent rationale for state sanctioned crimes committed against America’s poorest, most vulnerable citizens and for violations of the fundamental civil rights of millions.

Featuring interviews with social thinkers and prominent scientists in many fields, this documentary shows how deeply these ideas have been embedded in American culture, and how powerful interests are poised once again to exploit this false paradigm to undermine equality.