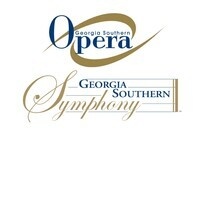 Georgia Southern Opera and Georgia Southern Symphony are proud to present Street Scene, an American opera with music by Kurt Weill and lyrics by Langston Hughes. Based on the book by Elmer Rice, Street Scene premiered on Broadway in 1947 combining elements of jazz, popular songs, and dance numbers. The story follows working class families from different backgrounds and countries living in a New York City apartment building in the Lower East Side over two brutally hot days in June, 1946. A blossoming romance between young Rose and Sam are complicated by the gossip revolving her mother’s affair with the local milk man. Idealistic love conflicts with family authority and financial hardship. Generational beliefs and divided politics only add to the discontent that boils into tragic consequences for one city block.

Please join us for the performances on April 26th and 27th at 7:30pm in the Performing Arts Center. Pre-show talk begins at 6:30pm in the lobby. Admission is free! Thanks for supporting Georgia Southern Opera!